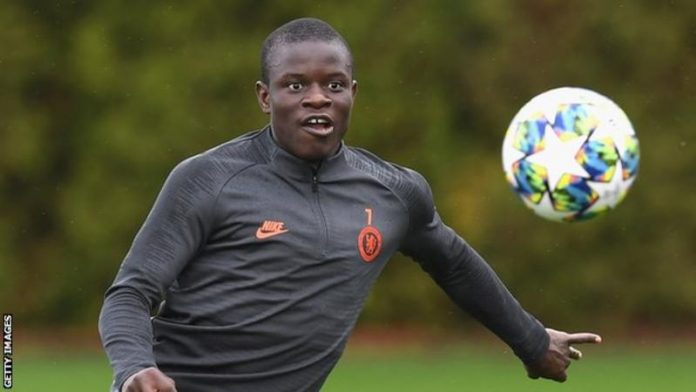 Chelsea midfielder N’Golo Kante is back in the squad for Tuesday’s Champions League Group H game with Ajax. Kante, 28, has made just five starts in an injury-hit season, most recently suffering a groin problem. “We’ve been able to get some work into him, he’s in the squad and he’s available,” said manager Frank Lampard.

Midfielder Ross Barkley (ankle) and defender Andreas Christensen (thigh) are also in training after injury lay-offs last month. Victory at Stamford Bridge would see Chelsea go three points clear of Ajax in Group H and put them in a strong position to progress to the quarter-finals, with games against Valencia and Lille remaining.

“I said at the start that this group would be tight because all the teams could take points off each other. That has been proved to be correct,” said Lampard.