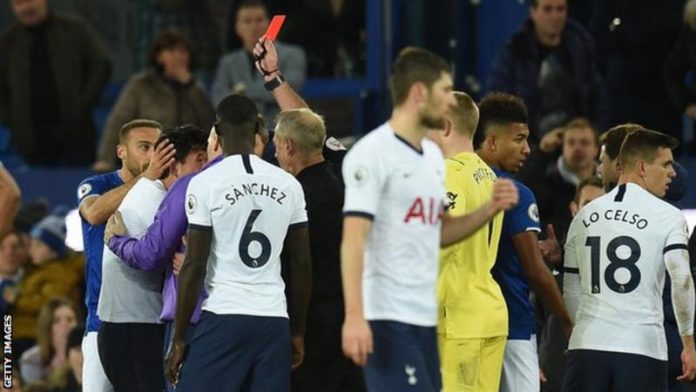 Tottenham forward Son Heung-min’s red card for his tackle on Andre Gomes has been overturned by the Football Association. The tackle led to the Everton midfielder’s. Referee Martin Atkinson initially showed Son a yellow card before he changed it to red.

The South Korea forward was sent off for serious foul play but an independent regulatory commission has upheld a claim of wrongful dismissal. Television replays suggested that Gomes suffered the injury after Son’s tackle and before he collided with full-back Serge Aurier.

Explaining Atkinson’s decision, the Premier League said: “The red card for Son was for endangering the safety of a player, which happened as a consequence of his initial challenge.”

Tottenham boss Mauricio Pochettino said the forward had no intention of injuring Gomes and believed the video assistant referee system should have been used to overturn the sending off.