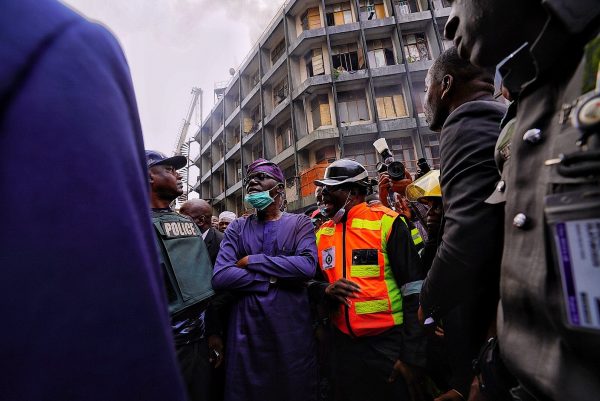 Lagos State governor, Babajide Sanwo-Olu, on Wednesday has said that his government would provide support for the victims of the fire that razed a storey-building at Balogun Market, Lagos Island. A fire outbreak gutted a building on Lagos Island on Tuesday. One policeman has been confirmed killed in the incident while traders lost their goods.

He went on to add that there was a need to complete the modern market project in the area, as the inferno had disrupted commercial activities in the popular market. He said, “Clearly, we will need to complete the modern and safer market project in the area because this inferno has disrupted commercial activities and exchanges in one of the most popular markets in Nigeria.