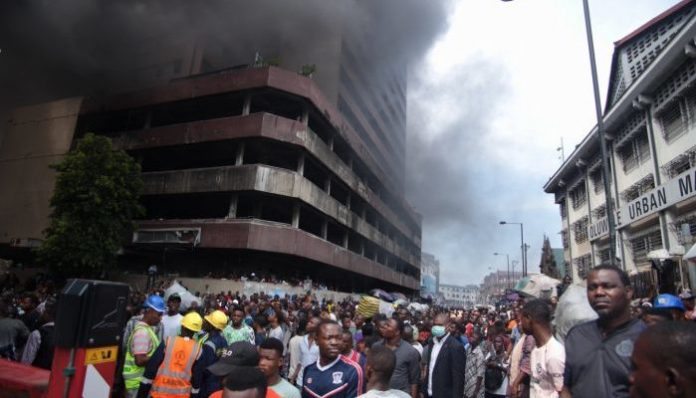 The front section of a six-storey building gutted by fire on Tuesday in Lagos Island collapsed and killed a policeman at the scene reports the News Agency of Nigeria.