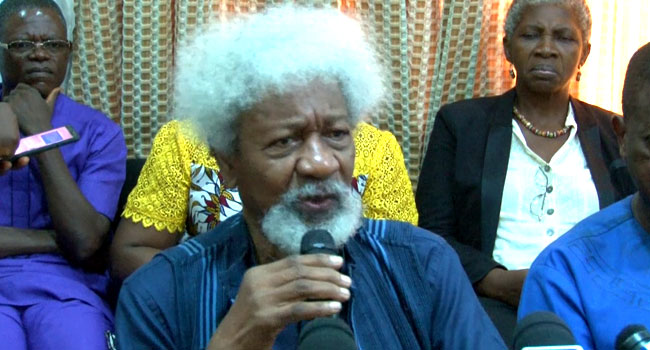 Nobel Laureate, Professor Wole Soyinka, has asked the Federal Government to take decisive action against Boko Haram, armed herdsmen, and the Islamic State in West Africa Province (ISWAP). He stated this at a meeting with Governor Samuel Ortom of Benue State on Tuesday at the Government House in Makurdi, the state capital.

Professor Soyinka, who visited some displaced persons at their camp in the Abagana area of the state, noted that the insurgents and others were terrorising Nigerians. According to him, the security situation in the country requires the immediate attention of the government, especially at the federal level with an all-inclusive approach.

“It’s a pity that this area of the country is really besieged. First it was Boko Haram, then it is these herdsmen, and then recently there is ISWAP; it strikes me that a holistic approach has to be taken,” said the Nobel laureate.