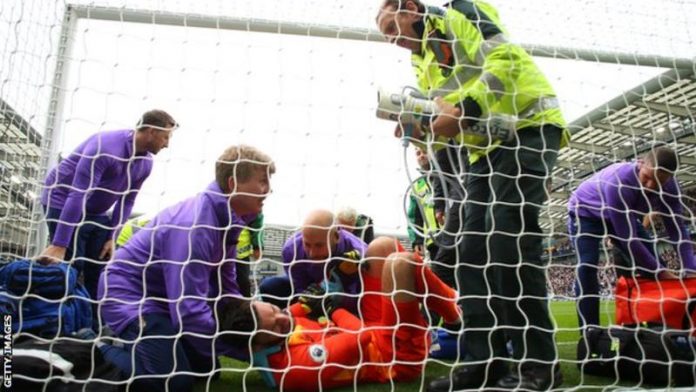 Tottenham keeper Hugo Lloris has had surgery on the left elbow he dislocated in a 3-0 defeat by Brighton in October. The France international fell awkwardly as he failed to hold a cross and, initially, it was thought he would not need to be operated on.

But Spurs said: “Surgery was advised after further reviews by specialists found the elbow remained unstable. “Our club captain remains on course to return to training in the early part of next year.”

Lloris received oxygen when being treated after suffering the injury and was then carried off on a stretcher and taken to hospital.