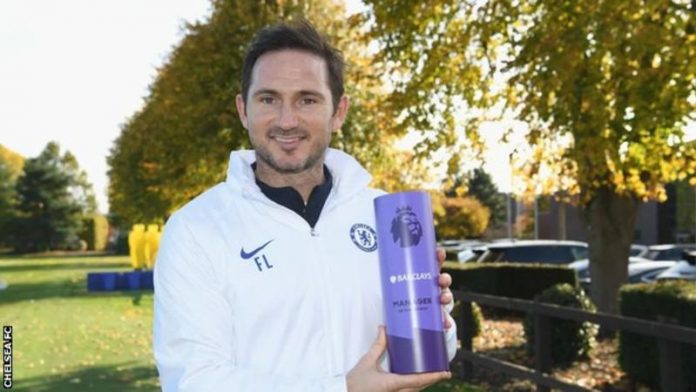 Frank Lampard has been named Premier League manager of the month after guiding Chelsea to three straight victories in October. The Blues beat Southampton, Newcastle United and Aston Villa in their three league matches last month.

Former Derby boss Lampard took charge at Stamford Bridge in the summer and his side have recovered from losing his opening game 4-0 at Manchester United to sit fourth in the table. “I do believe in the group,” he said. “I also understand how hard the Premier League is and the competition from teams like Liverpool and Manchester City.”