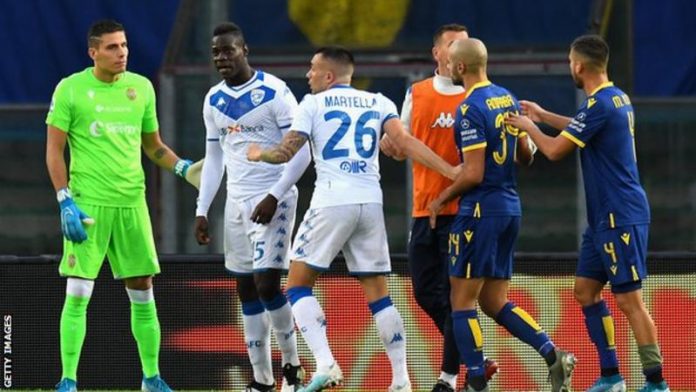 Brescia’s Mario Balotelli has been called “arrogant” by the club’s ultras group as it defended Verona fans after some racially abused the Italian.

The striker, 29, kicked the ball into the crowd and threatened to walk off the pitch after being abused in Sunday’s 2-1 defeat at Verona.

“We have no doubts Balotelli is to all intents Italian – even a Bresciano,” read a statement from Brescia ultras. “But the arrogance that he continually gives off is unjustifiable.”