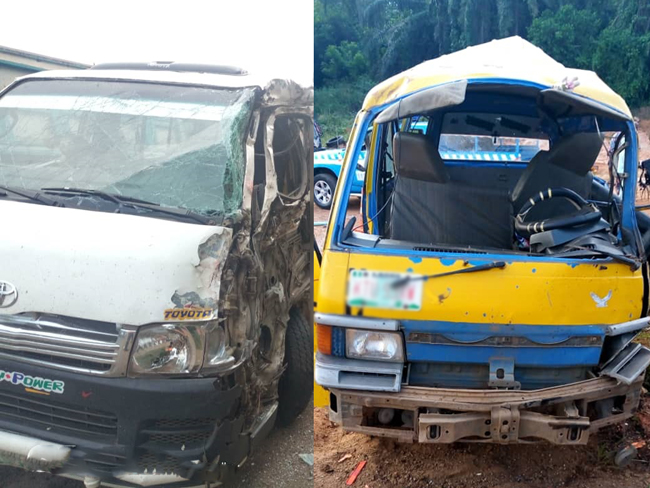 Thirteen persons have been killed in a crash along the Lagos-Ibadan Expressway with 10 others injured. The Ogun State Command of the Federal Road Safety Corps confirmed the deaths and the crash which occurred around Sapade near Ogere area of the state.

According to the Public Education Officer of the command, Florence Okpe, the crash occurred around 7 pm in the area where a diversion was created by a construction company currently working on the stretch of the road in the area. “The fatal crash involved a total of 37 people comprising 20 male adults, 15 female adults, and two female children,” she said. “The people injured in the crash were 10, comprising four male adults and six female adults.

Four male adults, seven female adults and two female children made up the thirteen who lost their lives. The incident involved three vehicles – truck heading towards the Lagos axis of the expressway and two buses. Okpe said the truck (a Man diesel truck with registration number KAB 97 XA)
which was speeding suffered a tyre burst and in the process collided head-on with two other speeding commuter buses heading towards the Ibadan axis of the expressway.