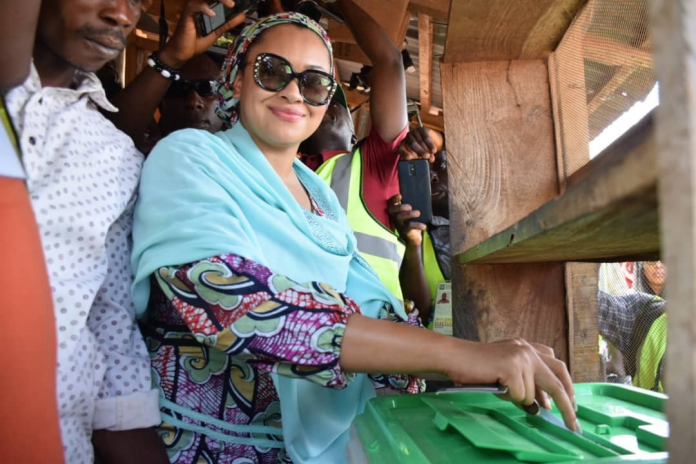 Candidate of the Social Democratic Party (SDP) at the 2019 Kogi Governorship Election, Natasha Akpoti, has cast her vote in the polls, after which she accused incumbent Governor Yahaya Bello of sponsoring violence.

Akpoti told reporters that she has the “tremendous support” of the Kogi people but is worried about the violence being sponsored by her opponent. “I am the most credible of all the candidates and I have the tremendous support of not just people from Kogi Central, but also Kogi East and Kogi West,” she said. “And it is unfortunate that the government at hand, with due respect to the APC candidate, Yahaya Bello, has decided to take laws into his hands and sent thugs to embark on violence and attack.”

Akpoti also noted that she was concerned about the level of training exhibited by the INEC officials at the ward where she voted.

Police are working with Man City after trouble during Man Utd...