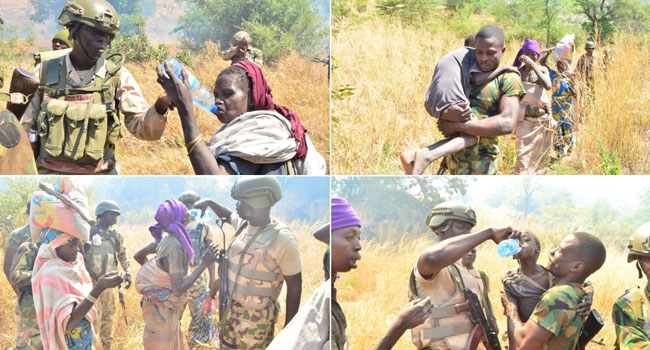 Following a reinvigorated drive to end the insurgency in Nigeria, the Army has continued to sustain the tempo of the ongoing Counter-Terrorism operations in the North East with a view to decimating and destroying the remnant Boko Haram/Islamic State West Africa (ISWAP) criminals across the Operation LAFIYA DOLE Theatre.

In one of its numerous operations conducted across the Theatre on the 16th of November 2019, troops of 26 Task Force Brigade embarked on a clearance patrol to Dalu Village within the Mandara Mountains in Gwoza Local Government Area of Borno State. According to an army communiqué, the operation follows some credible intelligence reports on the presence of criminal insurgents within that area.

On confirming the reports, troops soon established contact with the marauding terrorists and effectively subdued them with their superior firepower during the ensuing firefight.