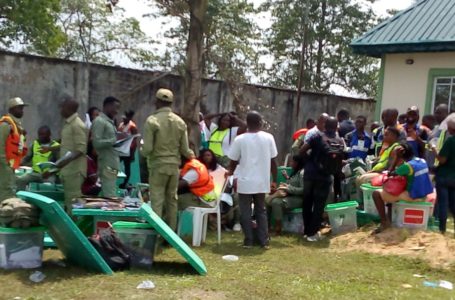 The Independent National Electoral Commission has relocated the collation of results of Bayelsa State governorship election in Nembe, Southern Ijaw Local Government Areas to its headquarters in Yenagoa under heavy security.

One of INEC’s collation officers for Nembe, who didn’t want his name mentioned on Sunday said that they had to relocate the collation to INEC headquarters to ensure the safety of INEC ad hoc staff. It was also gathered that the results of the Southern Ijaw Local Government Area would also be collated at the INEC headquarters for the same reason.

As of the time of filing this report, INEC ad hoc staff who served at the two LGA were seen sorting their results. Meanwhile, the collation of Local Government Area results scheduled to commence by 10.00 a.m. as announced by INEC was yet to start as of 12:16 pm.

Nigeria records 204 cases of COVID-19 in one day, total infections...