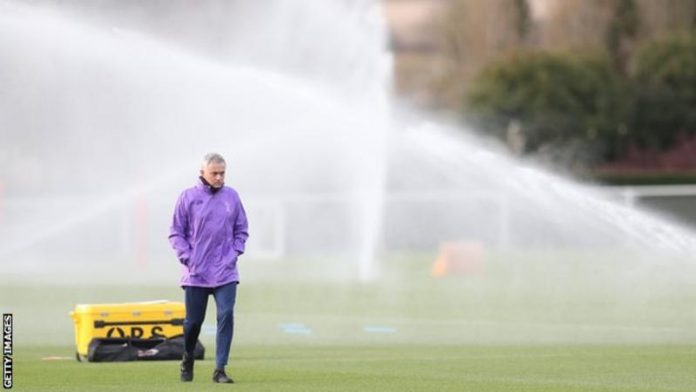 New Tottenham manager Jose Mourinho has promised to bring “passion” and “happiness” to the club. The Portuguese, 56, was appointed on Wednesday morning, following the sacking of Mauricio Pochettino on Tuesday night.

Former Chelsea and Manchester United boss Mourinho praised the quality of Spurs’s squad and their “world class” stadium and training ground. “I couldn’t be happier and look forward to the challenge,” he said.

In his interview with Spurs TV – his first since being appointed – Mourinho said: “What can I promise? Passion, real passion. Passion for my job, but also passion for my club, that’s the way I have been all my career and I want to try, obviously, everything to bring happiness to everyone who loves the club.”

Mourinho has signed a contract until the end of the 2022-23 season with a basic salary of £8m a year.