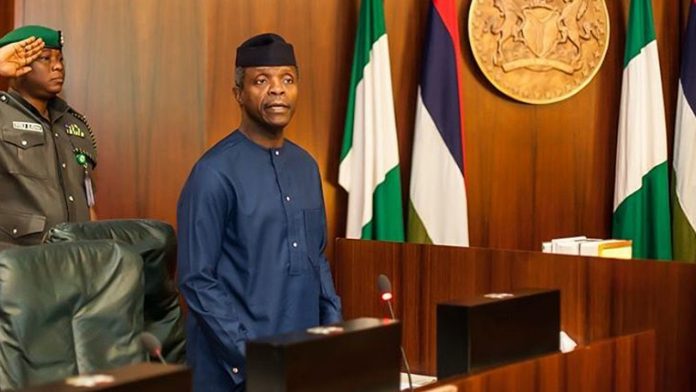 The National Economic Council on Thursday resolved to review the status of the ownership structure of power distribution companies in the country. The NEC meeting was presided over by Vice-President Yemi Osinbajo at the Presidential Villa, Abuja.

The review will be done by an ad hoc committee chaired by the Governor of Kaduna State, Nasir el-Rufai. Governors representing the six geopolitical zones on the Board of the Niger Delta Power Holding Company will serve on the review committee. The Governor of Imo State, Mr. Eemeka Ihedioha, who spoke on the resolutions of NEC, added that the National Council on Privatisation and Bureau of Public Procurement would serve on the committee.

Ihedioha also said NEC was briefed on the status of balances in the Excess Crude Account and three other accounts by the Accountant-General of the Federation, Mr. Ahmed Idris. He said the balance in the ECA was $324.5m as of November 20, while the Natural Resource Development Fund Account had a balance of N79.7bn. The governor added that the Stabilisation Account had a balance of N29.7bn as of November 20.

The Managing Director of the Nigerian Sovereign Investment Authority, Mr. Uche Oji, also gave progress report to NEC on the operations of the body.