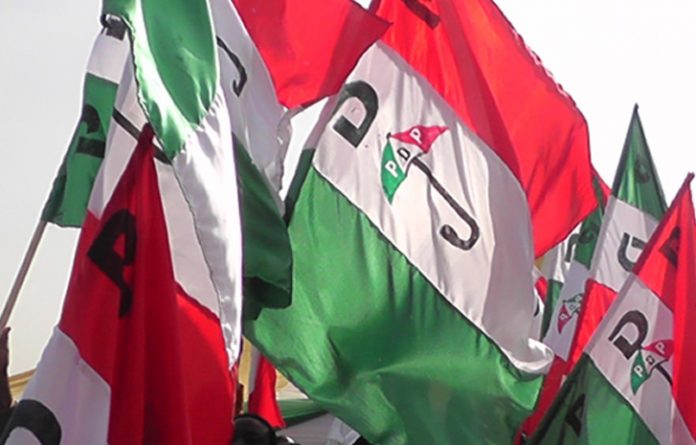 The Board of Trustees of the Peoples Democratic Party has recommended the setting-up of a committee to probe the actions of PDP members which made the party to lose Kogi and Bayelsa states in the November 16 elections.

Recall that PDP had lost the governorship election in Bayelsa State, while the Governor of Kogi State, Yahaya Bello, who was the governorship candidate of the All Progressives Congress, was declared winner by the Independent National Electoral Commission. The PDP BoT Chairman, Senator Walid Jibrin, in an interview with journalists in Abuja, said the BoT, during its meeting, noted the accusations and counter-accusations against its members.

He said adequate punishment will be recommended for those
found culpable. He added that the probe was not on a specific individual but generally. He also said the BoT recommended a peace committee to probe into the issues in Edo, Lagos and Kano. Jibrin said, “We recommended a committee that will investigate the outcome of the election in Kogi and Bayelsa.

“We are very concerned with what is happening in Nigerian politics, especially recently in Kogi and Bayelsa.

US Election 2020: Democrats face tight race for control of Senate