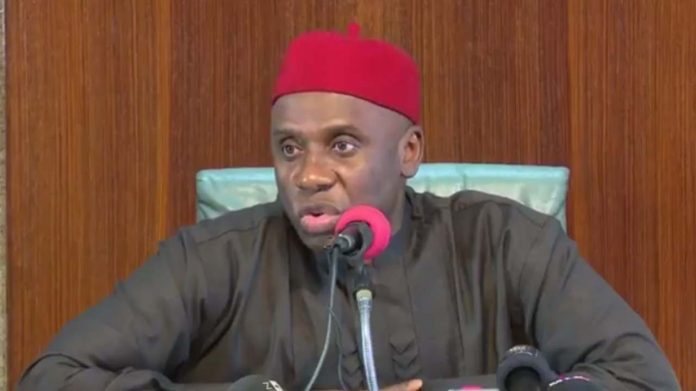 The Minister of Transportation, Mr Rotimi Amaechi, on Saturday assured Nigerians that the Federal Government would completely deliver the Lagos-Ibadan standard guage rail line latest by April 2020. According to the News Agency of Nigeria, Amaechi gave this assurance while speaking to journalists at the end of the project inspection tour on-board the train from Iju (Lagos State) to Ibadan (Oyo State).

The minister, who noted that the Lagos axis of the project had been challenging due to urbanisation, said that the contractor had made significant improvement in the construction of stations. He said, “There is huge improvement compared to the last time we came. We will all agree that there is huge improvement. The contractor has assured us that by December 20 when we gather for the next inspection, the tracks will get here (Omi Adio Station) in Ibadan, Oyo State.

“By then, the focus will no longer be on the tracks, but on the completion of the stations, then communications and signaling. Once we complete that, we are out of Lagos-Ibadan.