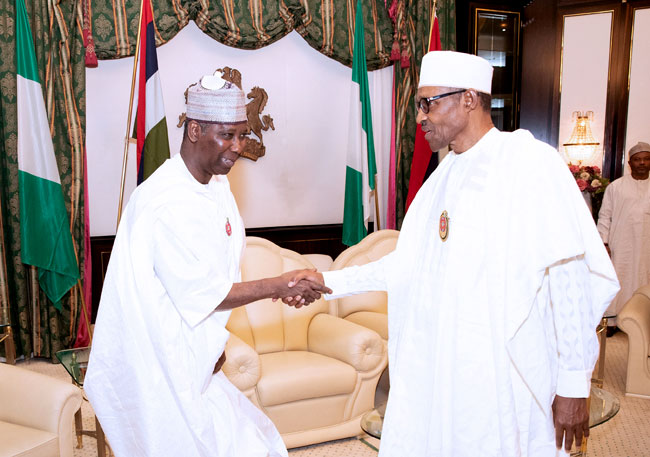 The rehabilitation of internally displaced persons (IDPs) in the country is urgent and imperative if it would not constitute a big problem for the country in the future, President Muhammadu Buhari has said.

President Buhari stated this while receiving the President of the 74th United Nations General Assembly, Professor Tijjani Muhammad-Bande, on Monday at the Presidential Villa in Abuja. “Most of the displaced children do not know their parents, or where they come from,” he was quoted as saying in a statement by his Special Adviser on Media and Publicity, Femi Adesina.

The President added, “We have to look at the issue now, properly rehabilitate them, otherwise, we will have a problem on our hands in the future.” He, therefore, urged the UN General Assembly President to make Nigeria’s challenges glaring to the world, while commending him for what he called “your hard work and competence” so far. President Buhari noted that Nigeria was committed to education and providing healthcare to the young and old, among other welfarist policies.

In his remarks, Professor Muhammad-Bande said he was at the State House to express appreciation to President Buhari for the support given, leading to his emergence as UNGA President and the continued cooperation from Nigeria.