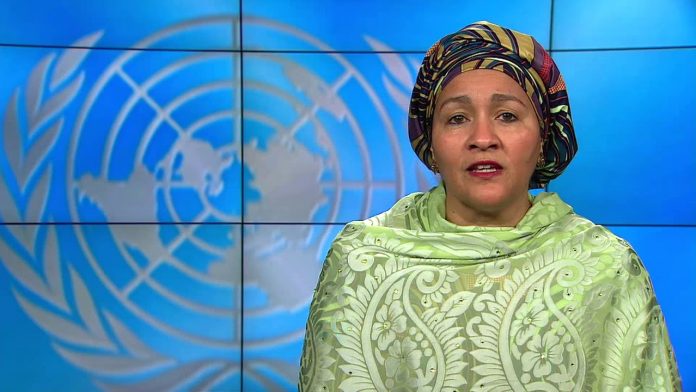 United Nations (UN) Deputy Secretary‑General, Amina Mohammed has stressed that incomplete development has formed a trajectory that is failing young people in Nigeria, leading to a chain of migration to seek greener pasture in Europe.

Mrs Mohammed in a remark delivered at the launch of the United Nations Development Programme (UNDP) report titled “Scaling Fences, Voices of Irregular African Migrants to Europe”, in Abuja,  stated that it is time for the country to aim higher and support the conditions for hope to flourish at home. She explained that the report which captures urban young people, better educated have Nigerian youths featured prominently and it shines a light on issues relating to African migration.

“This report gives voice to more than 3,000 irregular migrants, people who left their homes across 39 African nations and travelled to Europe in search of a better life. “Prominent among this group were men and women from Nigeria; who, like their peers, embarked on difficult journeys not to seek asylum or because of persecution, but because, as they themselves say, their ambition had outpaced the opportunities available in their home country.

“The people featured in this study are not the poorest of the poor.  They are the “springboard generation” — beneficiaries of two decades of remarkable development progress in Africa.”

Buhari arrives in Dubai for Expo 2020