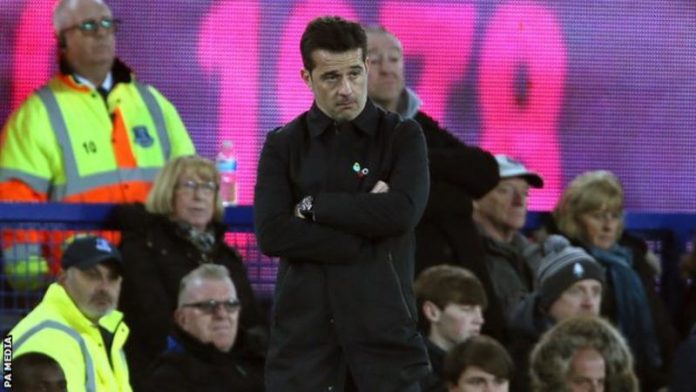 Everton manager Marco Silva took training as normal on Tuesday and now looks set to be in charge for Sunday’s Premier League visit to Leicester City. Silva is fighting for his job after Everton’s key boardroom personnel held a meeting immediately after the 2-0 home defeat by Norwich City on Saturday to discuss his future.

Majority shareholder Farhad Moshiri, director of football Marcel Brands and chairman Bill Kenwright held talks and further discussions were staged over the weekend. It looks certain Silva’s reign at Goodison Park is coming to a close but Everton’s board may be holding fire as there are no obvious immediate successors to Silva.

The suggestion of a return for former manager David Moyes has been met with a negative reaction from fans, which has also been factored into their thinking. Everton are 16th in the table and, after the trip to second-placed Leicester, face successive league games against Liverpool, Chelsea, Manchester United and Arsenal.

2023 Politics: Coalition says Mamman Daura qualifies to speak as a...

BREAKING: ‘Stay At Home,’ Fayemi shuts down Ekiti over Coronavirus