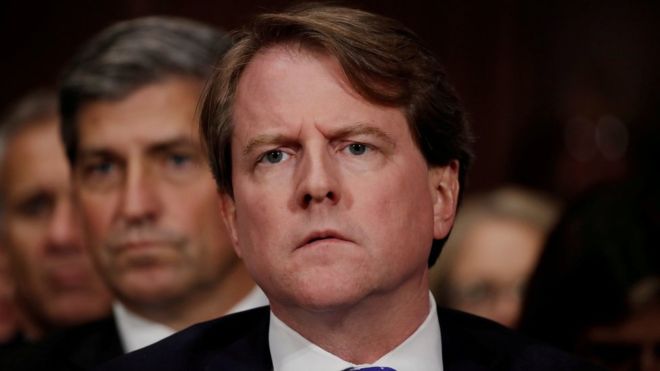 A federal judge has ruled that White House staff can be made to testify before Congress, rejecting the Trump administration’s claims of immunity. The ruling specifically compels former White House counsel Don McGahn to testify to an inquiry into Russian interference in the 2016 US election.

Mr McGahn, who left his post in October 2018, was called to appear before the House Judiciary Committee in May to answer questions about the president’s attempts to impede the now-concluded Mueller investigation into Russian involvement in the 2016 presidential election. But in her ruling, US District Judge Ketanji Brown Jackson said that “no one is above the law”.