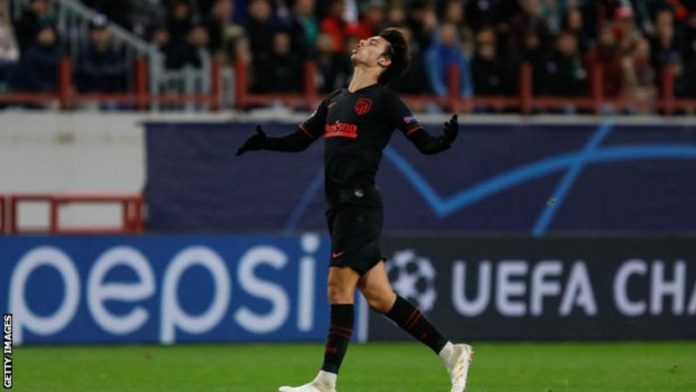 Atletico Madrid forward Joao Felix has won the Golden Boy award for the best under-21 player in Europe. The 20-year-old Portugal international scored 18 goals for Benfica last season before a 126m euros (£113m) move to Atletico in the summer. He has scored two goals in 10 La Liga appearances for Atletico this term.

Borussia Dortmund and England winger Jadon Sancho, 19, finished second with Bayer Leverkusen and Germany midfielder Kai Havertz, 20, third. “I am very proud,” said Felix. “It is the second time that a player from Atletico Madrid has won this award and I am happy.”

The Golden Boy award was created by Italian newspaper Tuttosport in 2003 to recognise the best young player in Europe. Nominees must be under the age of 21 and play in a European nation’s top tier.

Wayne Rooney (2004) and Raheem Sterling (2014) are previous English winners of the award.

Uefa: All competitions including Champions League and Europa League postponed

Lagos for Lagos: Women’s long yearnings for inclusiveness is guaranteed –...