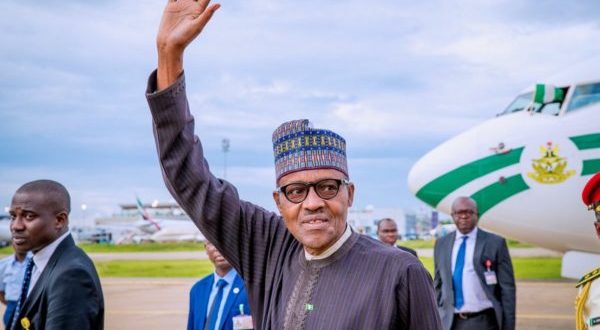 President Muhammadu Buhari on Friday evening departed Umaru Musa Yar’adua International Airport in Katsina State to Daura. The President is travelling along with some top government officials to his hometown on a five-day official visit.

He arrived in Katsina at about 4:42 pm and was received by the state governor, Aminu Masari, his deputy, Mannir Yakubu, and other members of the State Executive Council among others. President Buhari, thereafter, headed to Daura at about 5:04 pm aboard a helicopter.

While in his hometown, the President is expected to attend a ground-breaking ceremony for the take-off of the University of Transportation, Daura, among other functions.