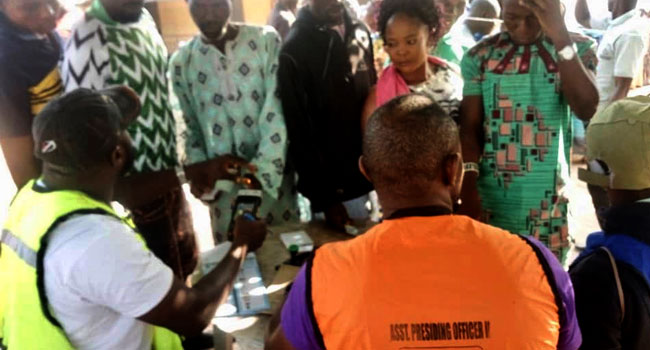 Voting has commenced in some areas of the Kogi West Senatorial supplementary election. The rerun which first took place on November 16 was declared inconclusive by the returning officer of the Independent National Electoral Commission (INEC), Professor Olayinde Lawal.

According to him, the total margin between the All Progressives Congress, Mr. Smart Adeyemi and that of the Peoples Democratic Party, Senator Dino Melaye was lower than the number of cancelled votes in 53 polling units of the 20 registration. INEC officials and sensitive materials arrived some polling units before 7 am, but voting commenced at about 9 am in Itedo ward, Yagba East LGA, Ward D 004, Lokoja LGA, Aiyedayo Registration Area, Mopa Moro LGA.

Senator Adeyemi is currently leading with a total of 80,118 votes, while Senator Melaye has 59,548 votes from the seven Local Government Areas during the November 16 rerun.