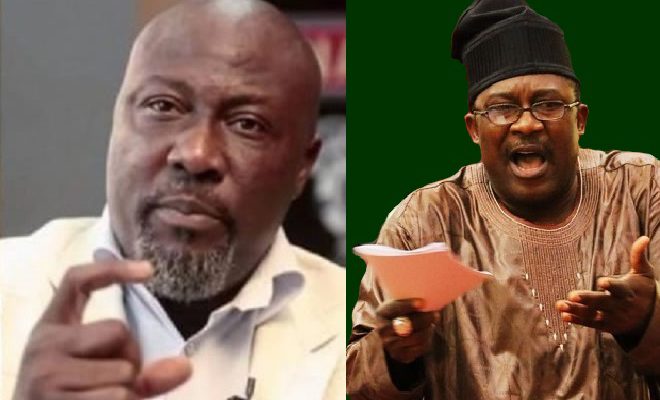 The candidate of the Peoples Democratic Party (PDP) in the Kogi West senatorial district election, Senator Dino Melaye, has insisted that he won the poll.

He stated this on Sunday, a day after he lost his bid to remain in the Senate to Senator Smart Adeyemi of the All Progressives Congress (APC).

Despite suffering a defeat to his APC rival, Senator Melaye stressed that he would always win Senator Adeyemi whom he described as his political wife.

Nigeria Immigration commences investigation into cause of fire outbreak