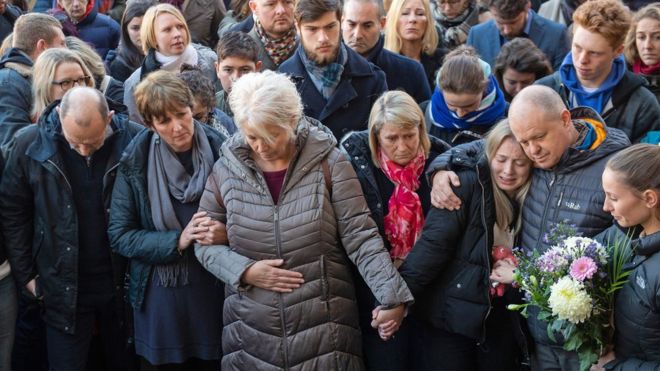 Vigils for the victims of the London Bridge attack have been held in London and Cambridge. Jack Merritt, 25, and Saskia Jones, 23, were commemorated at the services and minute’s silence at Guildhall Yard in the City of London and outside the Guildhall in Cambridge.

They were stabbed to death by convicted terrorist Usman Khan, 28, at a prisoner rehabilitation conference on Friday.

Mr Merritt’s family and girlfriend attended the Cambridge service. Mr Merritt and Ms Jones were both University of Cambridge graduates, and had been at an event for the university’s Learning Together programme – which focuses on prisoner rehabilitation – when they were attacked.

BREAKING: Theresa May to resign as British prime minister