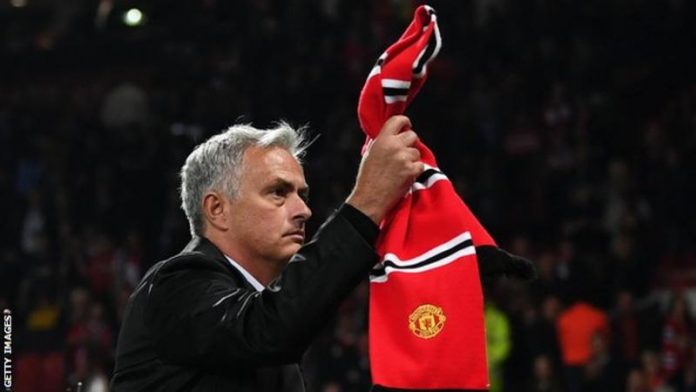 Jose Mourinho says his time at Manchester United is a ‘closed chapter’ as he prepares to take Tottenham Hotspur to Old Trafford on Wednesday. Mourinho left United in December 2018 after two-and-a-half years as manager.

The Portuguese was out of work until taking over at Spurs in November, winning his first three matches. “This is a closed chapter for me. I left the club, I took my time to process everything that happened,” Mourinho said. “I took my time to prepare myself for the next challenge. “Honestly, United for me is in my book of experiences, it’s in my history book.”

Mourinho left United when they were sixth in the Premier League. They are currently ninth under his successor Ole Gunnar Solskjaer, but just two points behind Tottenham, who are fifth.