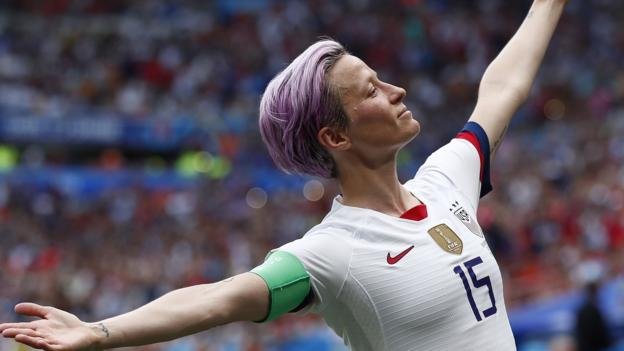 Megan Rapinoe of the United States has won Women’s Ballon d’Or for 2019, with England’s Lucy Bronze the runner-up. Winger Rapinoe, 34, co-captained the US to victory at this summer’s World Cup, where she was named player of the tournament and finished joint-top scorer with six goals.

Bronze, 28, the Uefa Women’s Player of the Year, played a key part in England’s run to the semi-finals. Rapinoe’s compatriot Alex Morgan came third in the Ballon d’Or ranking. Lyon striker Ada Hegerberg, who became the first winner of the women’s version of the award last year, finished fourth, while Arsenal and Netherlands forward Vivianne Miedema rounded out the top five.

The men’s award was won by Argentina and Barcelona’s Lionel Messi for a record sixth time.