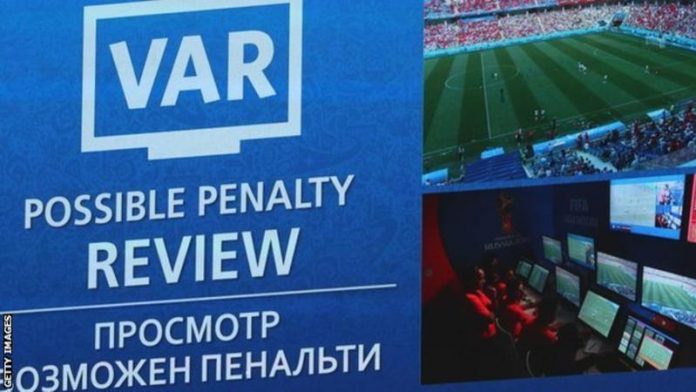 VAR will be used in qualifying play-offs for the European Championship next year and is set to be introduced in qualifiers for the 2022 World Cup.

Video assistant referees were trialled at the 2017 Confederations Cup before being used at the World Cup in Russia. However, VAR was not present during Euro 2020 qualifying matches.

Uefa, European football’s governing body, agreed on Wednesday to introduce it for March’s play-offs but Fifa needs to approve it for World Cup qualifiers.

The system has been used for the first time in the Premier League this season.