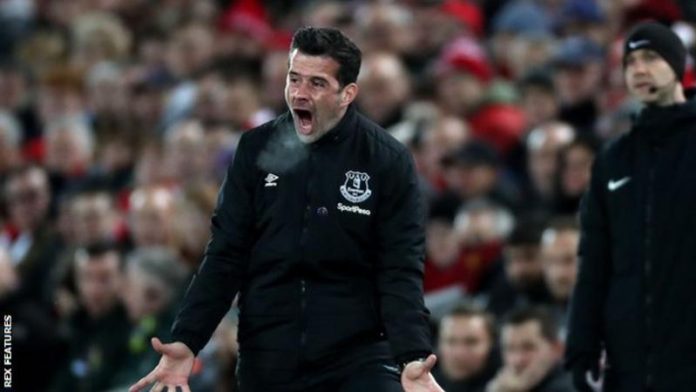 Everton manager Marco Silva faces the sack, with the club’s board expected to decide his future on Thursday – and former boss David Moyes under consideration as an interim replacement.

Silva has already survived one round of emergency talks among the club’s hierarchy after the home loss to Norwich City on 23 November but it is increasingly unlikely he will be spared a second time after the humiliating 5-2 thrashing in the Merseyside derby at Anfield left Everton in the relegation zone.

The 42-year-old Portuguese was asked about his future in the aftermath of Everton’s eighth defeat in 11 games and said: “I am not the right person to talk about this situation. You are asking me and I don’t have the answer.” The answer may be delivered on Thursday, with Silva increasingly unlikely to be in charge for Saturday’s game against Chelsea at Goodison Park.

If he goes, and in the unlikely event Everton announce a long-term replacement, 56-year-old Scot Moyes is in the frame to return, after being discussed behind the scenes at Goodison Park as a temporary solution.