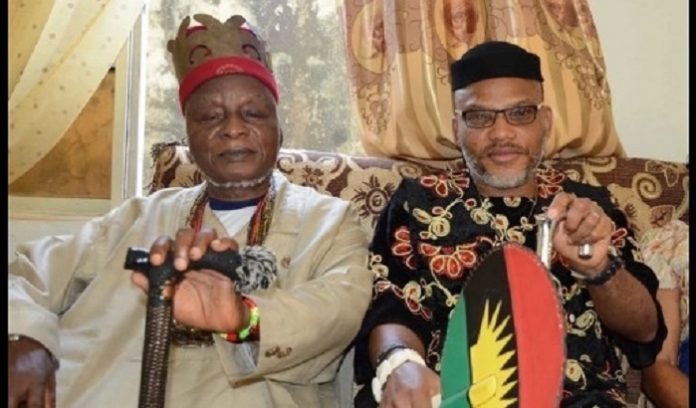 The death of Eze Israel Kanu, father of the leader of the Indigenous People of Biafra, Mr Nnamdi Kanu, has been announced. This is coming four months after his mother, Ugoeze Sally Kanu, also died.

Eze Kanu was the traditional ruler of Afara Ukwu Umuahia community till his death. The traditional council of his community led by Edward Ibeabuchi has confirmed his death. Eze Kanu has not been seen in the public since September 2017, after a detachment of soldiers raided his palace. One of his sons, Emmanuel, also confirmed the demise of his father.

Reacting to the news, the Abia State commissioner for information, John Okiyi Kalu, described Kanu’s death as a huge loss to the state.

Buhari arrives for induction of three combat helicopters in Abuja