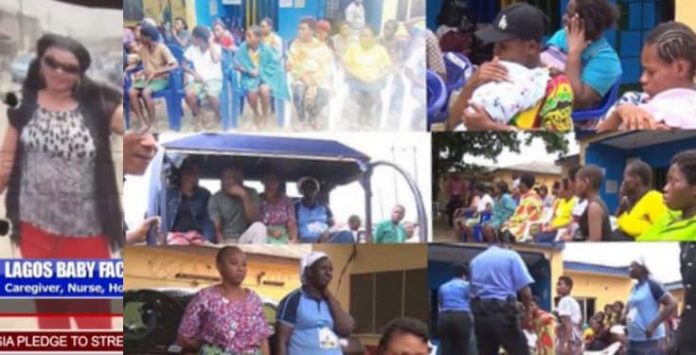 Following the rescue and evacuation of 22 pregnant women from the two baby factories in Isheri-Osun and Okota area of Lagos state, 11 of them have been delivered of their babies. The rescued girls and six other children had been at the facilities of the National Agency for the Prohibition of Trafficking in Persons (NAPTIP) after being rescued.

Confirming the development, the Zonal Head of the agency in Lagos, Daniel Atoloko revealed that 10 of the girls gave birth through normal delivery while one had a cesarean session. He added that four girls and six boys made the addition to the home, stating that one of the babies died in the course of delivery.

Mr. Atoloko explained that the two girls who had attempted to perform abortions before their eventual rescue also had miscarriages. He added that while NAPTIP is calling for more support from the Federal Government and other organizations, as they anticipate deliveries from nine other rescued girls.