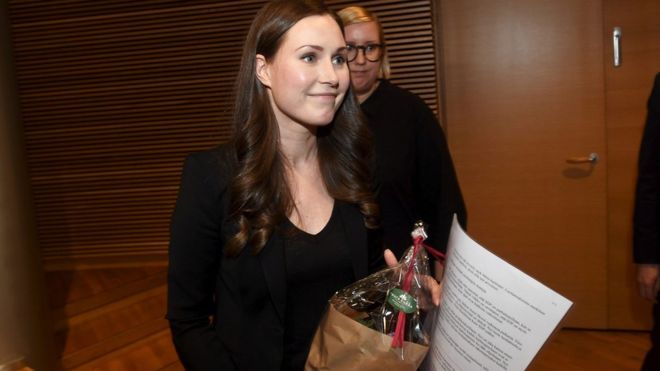 Sanna Marin is to become the world’s youngest prime minister at the age of 34 – and will head a women-led coalition government in Finland.

The transportation minister was picked by her Social Democratic party to take charge after PM Antti Rinne quit. She is expected to be sworn in this week. She will lead a centre-left coalition of five parties, all headed by women.

Mr Rinne stepped down after losing the confidence of a coalition member over his handling of a postal strike. When she takes office, Ms Marin will be the world’s youngest sitting prime minister.