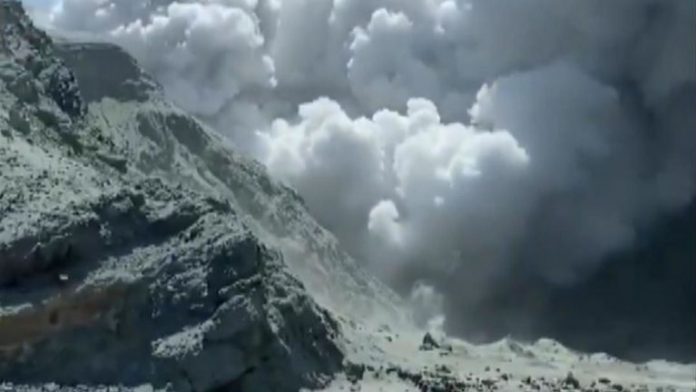 A volcano has erupted in New Zealand, leaving five people dead and several unaccounted for, police have said. Tourists were seen walking inside the crater of White Island volcano moments before Monday’s eruption.

Twenty-three people have been rescued, but it is unclear how many people remain there. Police say rescuers are not able to access the island because of the risk of further eruptions. White Island, also called Whakaari, is the country’s most active volcano. Despite that, the privately owned island is a tourist destination with frequent day tours and scenic flights available.

Police have said fewer than 50 people were on the island when the volcano erupted. Deputy Police Commissioner John Tims told reporters that “both New Zealand and overseas tourists” were believed to be involved.

Some of those injured are in a critical condition, Radio New Zealand reported.