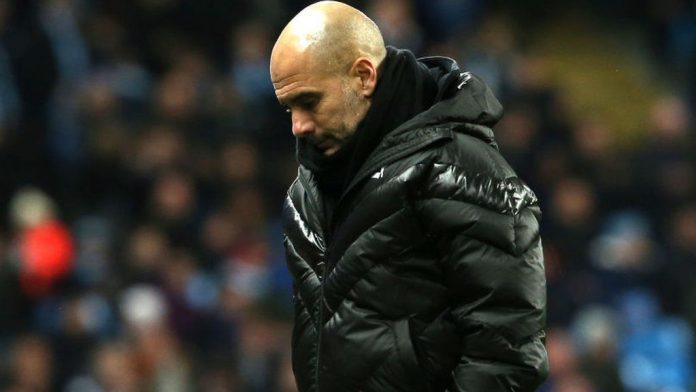 Pep Guardiola says Manchester City “might not be able to compete” with the best teams in Europe and have to “accept that reality”. His side lost 2-1 to local rivals Manchester United in the Premier League on Saturday and trail leaders Liverpool by 14 points.

Last season, City won the domestic treble and retained the league title but have lost four games in 2019-20. “We have to improve and accept it and move forward,” said Guardiola. “[Manchester] United have the quality to defend and the quality to attack on the counter-attack and you have to accept that,” he added.

“That is the level we face against Liverpool, Manchester United, Barcelona, Real Madrid, Juventus. They are the teams we have to face and the reality is maybe we are not able now to compete with them. “Maybe we need to live that as a club to improve, to accept the reality now and improve.”