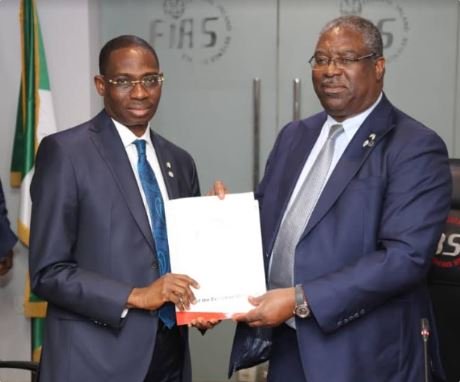 Immediate past Executive Chairman of the Federal Inland Revenue Service, FIRS, Tunde Fowler, yesterday thanked President Muhammadu Buhari for the privilege he had to serve the nation and for what he was able to do with the support of all Staff.

Waxing biblical, Fowler noted that the taxman job is one of service to one’s fatherland as it gives one the opportunity to serve fellow humans and the nation. Change, he noted is constant.  It is normal that people will always resist change, he noted. He spoke at arbour 6:35 pm as he handed over to the Coordinating Director Domestic Taxes Group, Abiodun Aina, who promised to steady the ship of the FIRS.

Said Tunde Fowler in a handover over ceremony at the Boardroom of the FIRS: “Let me thank all of you who are here for what we have been able to do for our country. From the driver to the senior staff, everybody played a role.  But with the change, sometimes there is resistance. People will not understand the vision, will not understand the reason for the change. But hope in leaving FIRS, I’ve left behind something, something, positive, that each and every one of you can build on.

“We have got a mandate. That mandate is not just to collect revenue. It’s a mandate to collect the maximum amount of revenue for all concerned for the benefit of all Nigerians.

Tottenham: Benfica’s Gedson Fernandes due for medical before loan move to...