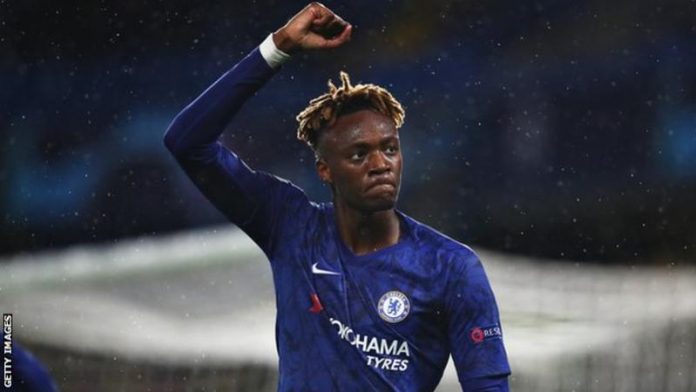 Chelsea survived a late scare to move into the Champions League knockout stages with victory over Lille at Stamford Bridge. Frank Lampard’s side were in complete control for the most part and set up the victory they required with first-half goals from Tammy Abraham and Cesar Azpilicueta.

Chelsea’s nerves were frayed when former striker Loic Remy pulled one back for Lille late on but they were able to close out victory to reach the last 16 after finishing a tough group in second place behind Valencia but ahead of last season’s semi-finalists Ajax.

Abraham scored his 13th goal of the season after 19 minutes when he turned in Willian’s cross from close range while Azpilicueta headed in from Emerson’s corner 10 minutes before the break.

Lille, with nothing but pride to play for and with a much-changed team, barely threatened until Remy’s late strike but Chelsea saw out the win to complete the first phase of their Champions League assignment.