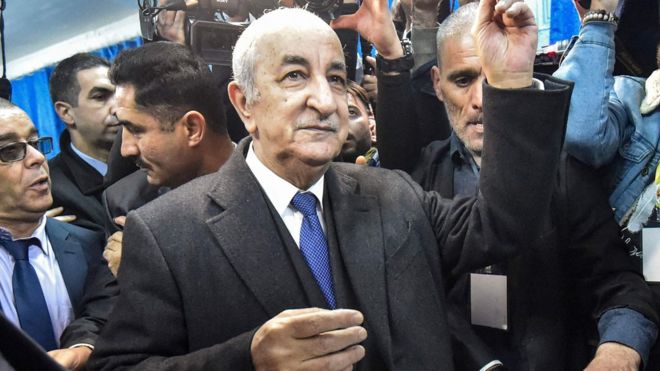 Former Algerian Prime Minister Abdelmadjid Tebboune has been elected president in a vote marred by protests. The 74-year-old succeeds Abdelaziz Bouteflika, who was forced to resign in April after two decades in power.

Mr Tebboune took 58% of the votes in Thursday’s election, according to the head of the electoral commission. Mr Tebboune and the four other candidates were criticised for being closely linked with the rule of Mr Bouteflika.

President Bouteflika stepped down following demonstrations across the country.

PDP CHIEF IN TROUBLE OVER 23 CARS BOUGHT WITH OIL CASH

Buhari’s Govt has embarked on the most massive infrastructural renewal –...