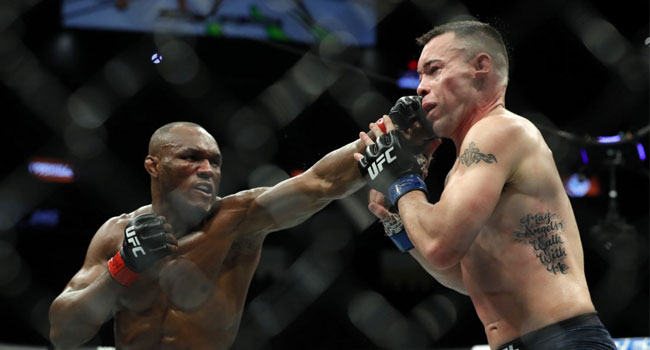 The Nigerian Nightmare’ Kamaru Usman has retained his UFC Welterweight Championship with a 5th round stoppage of American, Colby Covington at the UFC 245 in Las Vegas. After a closely-fought four rounds, the end came in the fifth when Usman dropped Covington with a right hand.

Covington got to his feet but Usman dropped him again with another right and closed in with a flurry of hammer fists on the ground before referee, Marc Goddard, stepped in to call it a TKO. Usman has now won 14 MMA fights in a row, including 11 straight in the UFC which is the third longest current winning streak in the promotion.

His 11-fight streak is the second longest in welterweight history behind Georges St-Pierre’s 12. The 32-year-old is one of just four fighters to start a UFC career at 11-0 or better.