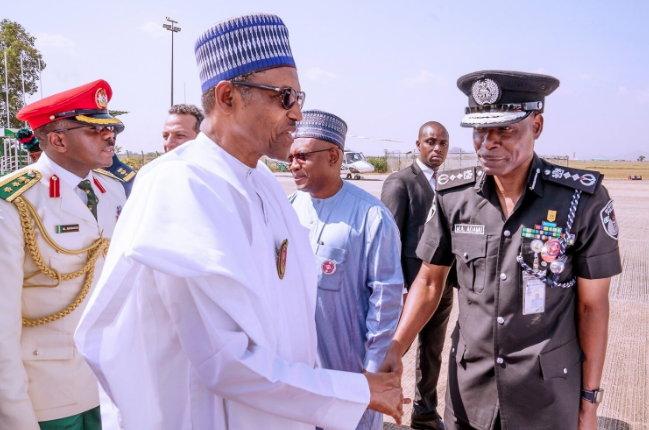 President Muhammadu Buhari has commended soldiers of the Operation Lafiya Dole, and their Chadian counterparts fighting at the Lake Chad axis.

The Minister of Defense Bashir Magashi, a retired general conveyed the president’s message at the Headquarters of Sector 3, Monguno in Borno State. He was accompanied by the Chief of Army Staff Lieutenant General Tukur Buratai and the Air Chief, Air Marshall Sadiq Abubakar and other top-ranking officials of the Nigerian armed forces.

The Chadian army is part of the Multinational Joint Task Force, fighting alongside Niger, Cameroon, and Benin to support the Nigerian army in the counter-terrorism war.

“We are also aware of the sacrifices the Chadian soldiers are making and we hope the cooperation will continue.”

WE WILL NOT RELENT UNTIL ALL GIRLS RETURN TO THEIR FAMILIES...