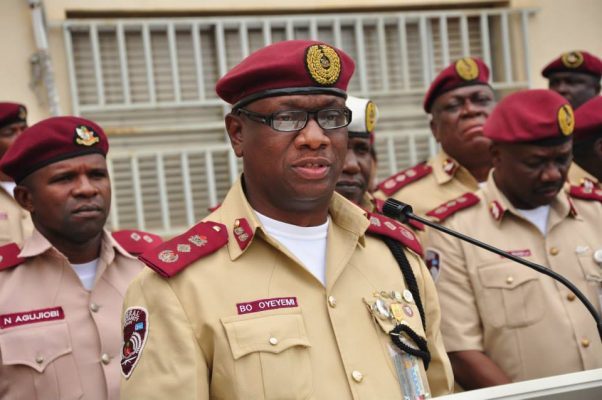 The Board, Federal Road Safety Commission, on Tuesday, approved the promotion of 2,341 personnel to various ranks. In a statement by the Corps Public Education Officer, Bisi Kazeem, it was revealed that the promoted officers have displayed a great deal of excellence, hard work and diligence over time, and as such, got rewarded for their sacrifices.

The Corps Marshal, Dr. Boboye Oyeyemi, commended the performance of the newly-promoted officers and charged them to put in their best in the course of their duties as the new rank comes with greater responsibilities. In addition, Oyeyemi stated that the promotion was part of the drive of the Federal Road Safety Corps to reward excellence, diligence and hard work which is in tandem with the administrative philosophy of the Corps.

My only sin in PDP is that I refused to castigate...