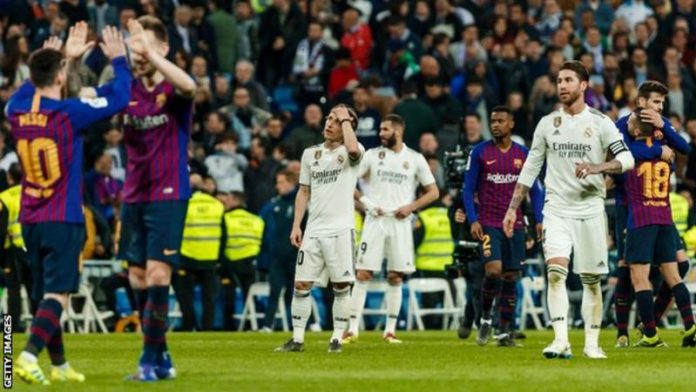 Real Madrid manager Zinedine Zidane says they “have to believe” Wednesday’s El Clasico against fierce rivals Barcelona will go ahead. The La Liga match was originally scheduled for 26 October but was postponed because of fears of civil unrest in Catalonia.

Both sides are level on 35 points but Barca top the table on goal difference. “In games like this you’ve got to produce your best throughout the 90 minutes,” said Zidane.

The game has been delayed by two months after days of protest took place in Barcelona as nine Catalan separatist leaders were convicted of sedition over their role in the referendum and handed jail sentences of between nine and 13 years.

La Liga made the postponement request because of “exceptional circumstances beyond our control” as more protests were expected in Barcelona on the day of the match.

Education will be a top priority in development goals henceforth –...

Buhari sends delegation to Katsina over killings by bandits