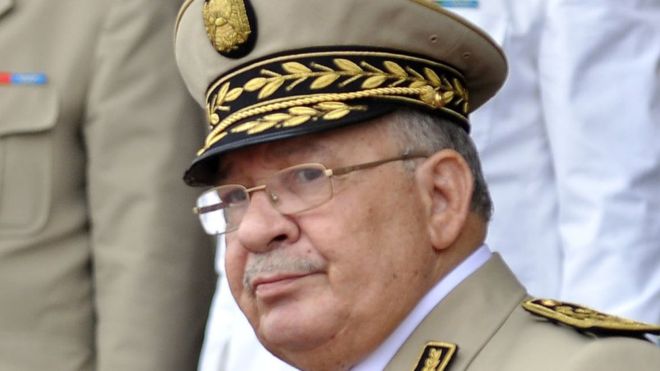 Gen Salah, one of the last veterans of the 1954-62 independence war against France still in power, died of a heart attack. Mr Bouteflika, who ruled since 1999, resigned in April after mass protests, leaving Gen Salah as de facto leader.

The opposition has been calling for the whole of the old regime to quit power. Gen Salah has been replaced as acting army head by Gen Said Chengriha and three days of mourning have been announced.