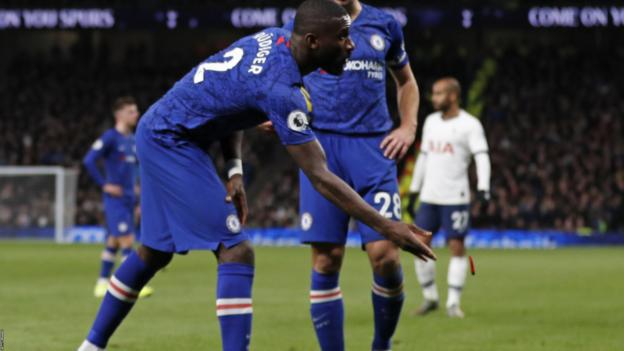 The Professional Footballers’ Association has called for a government inquiry into racism in football after Chelsea’s Premier League win at Tottenham was marred by alleged racist behaviour from the crowd. Referee Anthony Taylor stopped play during the second half after Blues defender Antonio Rudiger complained of hearing monkey noises.

Tottenham have vowed to “take the strongest possible action” and said they will conduct “a thorough investigation”. Shortly after the stoppage, an announcement made over the public address system warned that “racist behaviour is interfering with the game”. Second and third addresses followed with the game heading towards its conclusion.

The PFA said: “We are disgusted and dismayed that once again, a Premier League fixture has been tainted by abuse from the stands towards players.” It has become clear that football players are on the receiving end of the blatant racism that is currently rife in the UK, but they are not alone.

“The PFA stands beside every player who faces discrimination. We will continue to fight on their behalf to combat this issue for good.