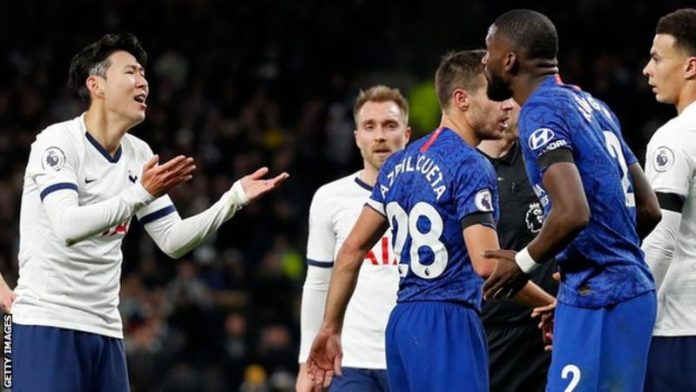 Chelsea boss Frank Lampard has defended Antonio Rudiger after he was criticised for his part in Tottenham forward Son Heung-min’s red card on Sunday. Spurs manager Jose Mourinho was unhappy with the Blues defender’s reaction to Son’s challenge in Chelsea’s 2-0 win.

Lampard said it was “disappointing” to question Rudiger’s integrity while an investigation into alleged racial abuse directed at the German is ongoing. “I do defend Toni firmly on it,” said Lampard. Tottenham have appealed against the red card shown to Son in the second half after VAR ruled he had kicked out at Rudiger.