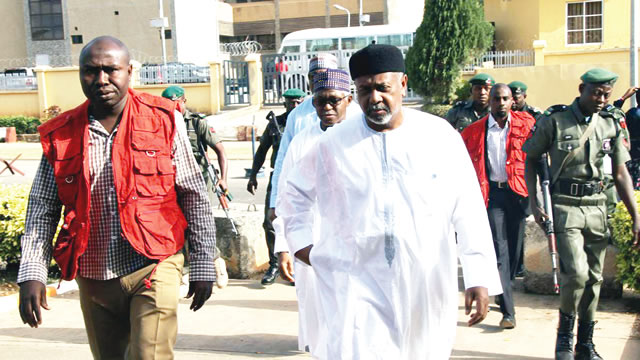 A former National Security Adviser, Col. Sambo Dasuki (retd), has explained the reason behind his decision to stop attending court sessions during his prolonged illegal detention. Dasuki, who spoke in an interview with the Hausa Service of the Voice of America, monitored in Abuja, on Wednesday, called for justice and truth.

The ex-NSA said with his release, he was ready to face trial. He also said he had no problem with the President Muhammadu Buhari, the ex-NSA, who was arrested for alleged illegal possession of firearms and money laundering in December 2015, was released on Tuesday. No fewer than five courts granted him bails, but the Federal Government ignored the court orders.

For instance, On September 1, 2015, Justice Adeniyi Ademola, who was then of the Federal High Court in Abuja,  granted the former NSA bail on self-recognition shortly after he pleaded not guilty to the charges of illegal possession of firearms, and money laundering among others.