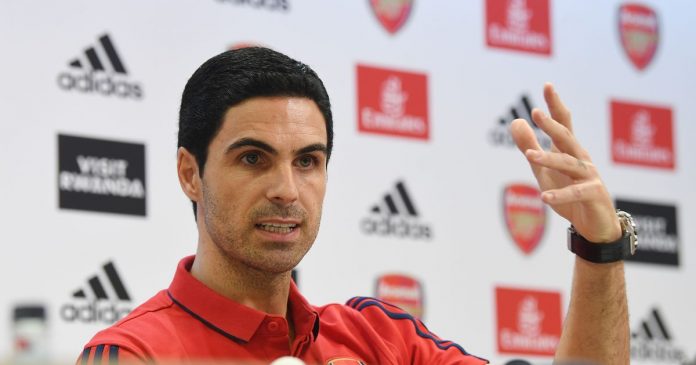 New boss Mikel Arteta believes he has already seen encouraging signs from his players as he prepares to take full charge of Arsenal for the first time. The Gunners, who drew 0-0 at Everton on Saturday with Arteta watching from the stands, travel to Bournemouth on Thursday (15:00 GMT).

“We are much more committed, we have a different kind of aggression every time we lose the ball,” said Arteta, “The body language was much, much better than in the past few games.” He added: “Obviously there were things to improve but those things have to be non-negotiable. “Those things have to be on the table in every game, every training session and the way we’re going to live together.”

Arteta, who had earlier confirmed that interim boss Freddie Ljungberg would remain on his coaching staff, has also announced the rest of his backroom team. Assistant coach Ljungberg will be joined by Wales assistant boss Albert Stuivenberg, although the Dutchman will also continue with his international role until after Euro 2020.

Steve Round, who has been an assistant coach with several clubs and with England under Steve McClaren, will fill the same role at Emirates Stadium. Brentford goalkeeping coach Inaki Cana Pavon leaves Griffin Park to take up the same role at Arsenal, where he will work with current keeper coach Sal Bibbo – and has been replaced at Brentford by Andy Quy.

Electric Bill: FG to roll out one million free meters