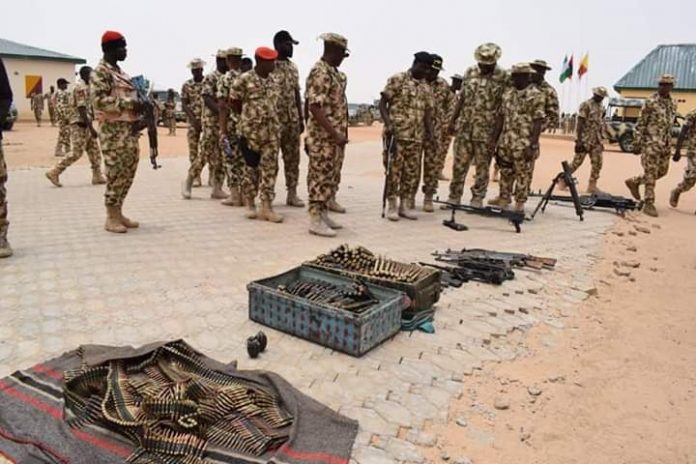 The Chief of Air Staff, Air Marshall Sadique Abubakar, has called on troops of the Air Component of Operation Lafiya Dole to redouble their efforts to completely rid the North-East of terrorists so as to restore total peace in the region.

The Air Chief who was represented by the Air Task Force Commander Air Commodore Precious Amadi, made the remarks while addressing troops in Yola the Adamawa state capital. While appreciating efforts of the troops, he said the military remains committed in the fight against insurgency especially with the support and enabling environment provided by President Muhammadu Buhari.

“Nigerian Airforce and the country at large appreciate your efforts in restoring normalcy and peaceful coexistence in the North-East. “Always remember that it is not over until it is over, there is still a lot to be done. “We must redouble our efforts to completely rid the Northeast of the terrorists to enable people to go about their business in peace and harmony,” he added.

Nigeria records no new COVID-19 death for second time in a...

UPDATED: Drivers flee as petrol tanker kills one in Lagos

FG HARPS ON DIVERSIFICATION OF ECONOMY

Court to rule on bail application of 10 suspected pirates

Buhari’s overseas treatment, an indictment of his presidency – PDP