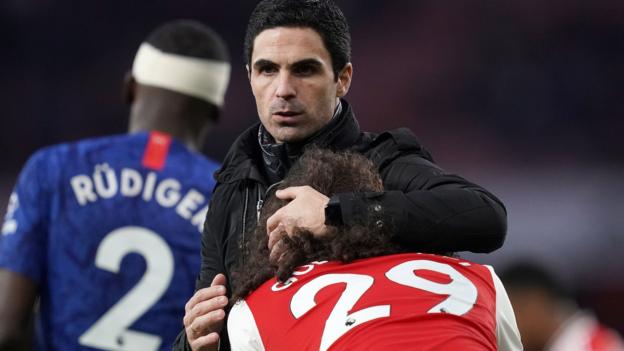 Mikel Arteta made the painful discovery that Arsenal’s old habits die as hard as his homecoming party was transformed into a wake in a matter of four painful minutes.

Arteta, returning to Arsenal as manager after retiring as a player with the club in May 2016 and just two weeks after watching from the away bench as former club Manchester City destroyed the Gunners here, made a low-key entrance. There was no fanfare or formal introduction as Arteta acknowledged polite applause from the fans surrounding his technical area before taking his position on the touchline.

Arsenal supporters will be watching keenly to detect vital signs of what Arteta has soaked up from master coach and close friend Pep Guardiola during three full seasons at City that brought two Premier League titles and a historic domestic treble that included the FA Cup and Carabao Cup last term.