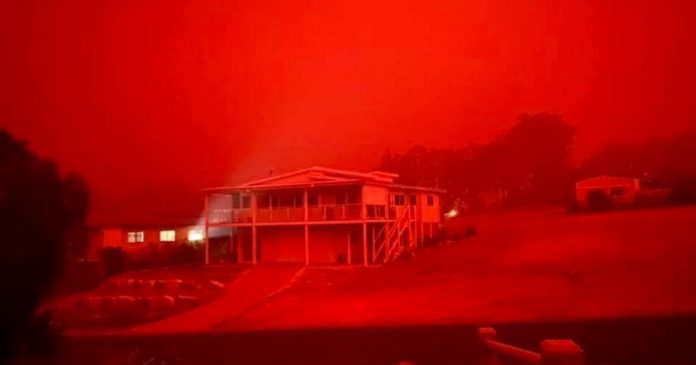 Thousands of people have fled to a beach in Victoria, Australia, to escape bushfires racing towards the coast. Locals in Mallacoota described a “terrifying experience” of camping on wharves and boarding boats under blood-red skies.

Military aircraft and vessels are to be sent to help rescue efforts. Officials confirmed another two people had been killed by fires in New South Wales (NSW), bringing the fire-linked death toll to 12. Authorities say four people are missing in Victoria and another in NSW.

The bodies of the latest victims – believed to be a father and son – were found in the NSW town of Corbargo, which was hit by a massive blaze on Tuesday. “Very tragic set of circumstances,” said NSW police deputy commissioner Gary Worboys. “[They were] obviously trying to do their best with the fire as it came through in the early hours of the morning.”