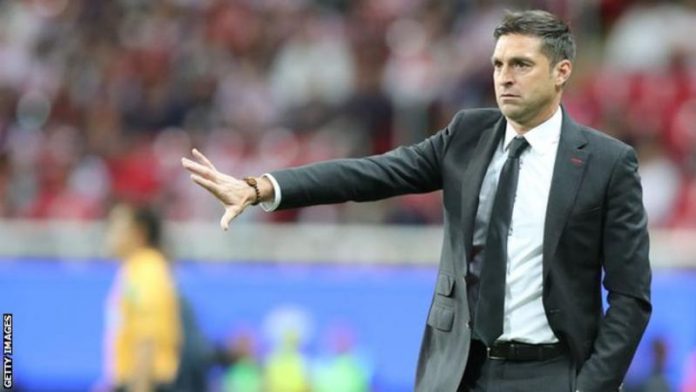 David Beckham’s new Major League Soccer team Inter Miami have appointed Diego Alonso as their first manager. The Uruguayan, 44, was fired by Mexican side Monterrey in September, despite leading them to victory in the 2019 Concacaf Champions League.

Alonso also spent four years at Monterrey’s rivals Pachuca, leading them to Champions League success in 2017. “It’s an ambitious and winning project – that’s what I’m all about,” he said. Inter sporting director Paul McDonough added: “In Diego we found a manager that fits our culture and has a strong desire to build a winning club for our fans.”

Former England captain Beckham, who played for MLS side LA Galaxy from 2007-2012, is owner and president of the new franchise, and announced the club name, colours and new stadium plans in September 2018. Their first MLS match is at Los Angeles FC on 1 March.